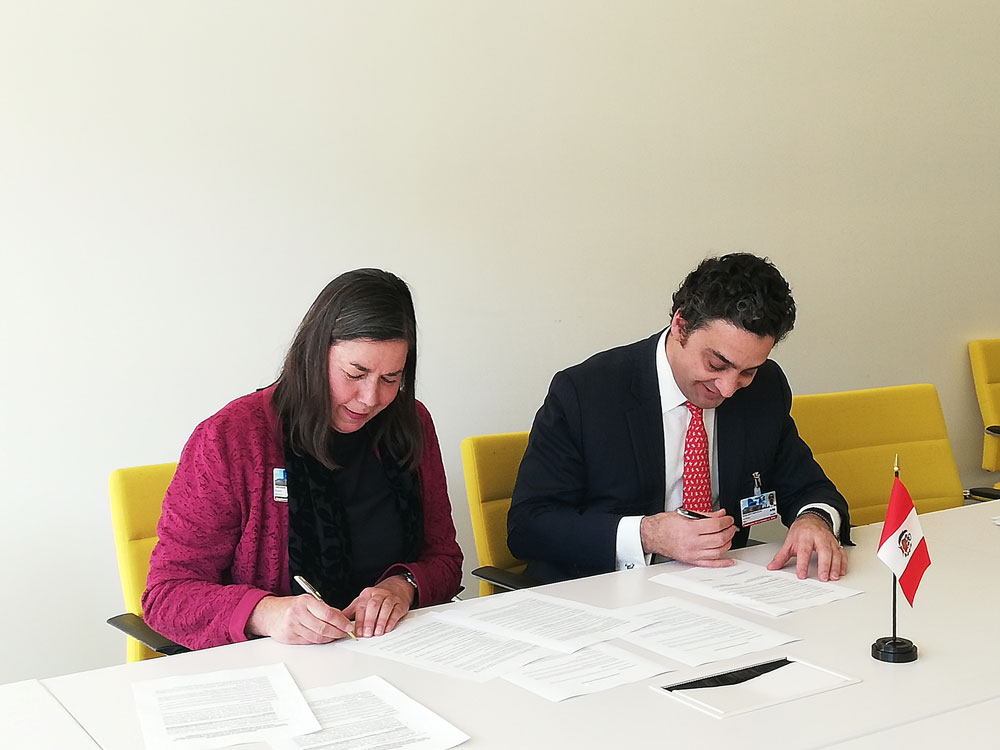 ADALPI signed a Framework Agreement with the National Institute for the Defense of Competition and the Protection of Intellectual Property (INDECOPI) of Peru with a view to cooperating in the promotion and strengthening of the protection of intellectual property in Peru and other countries in the region.

INDECOPI and ADALPI agreed to join forces in order to establish programmes, projects and activities that are aimed at the promotion and development of intellectual property in Peru and other countries in the region. While the first project will focus on legal and practical aspects of the protection of geographical indications which are administered by the Trademarks Office (Dirección de Signos Distintivos, DSD), it is expected that ADALPI will also provide tailor-made technical assistance in other areas of intellectual property protection and in particular to the Copyright Office (Dirección de Derecho de Autor, DDA) and the Inventions and New Technologies Office (Dirección de Invenciones y Nuevas Tecnologías, DIN).

The Framework Agreement was signed by the President of the Board of Directors of INDECOPI, Mr Ivo Gagliuffi Piercechi, and the Chair of ADALPI’s Board, Ms Brigitte Lindner, alongside the 58th series of the meetings of the Member States of WIPO on 25 September 2018 in Geneva.

The Peruvian National Institute for the Defense of Competition and the Protection of Intellectual Property (Instituto Nacional de Defensa de la Competencia y de la Protección de la Propiedad Intelectual – INDECOPI) is a specialised public agency attached to the Office of the Prime Minister. Its functions include, inter alia, the protection and promotion of free competition, consumer rights and all forms of intellectual property, from trademarks and copyright to patents and biotechnology.